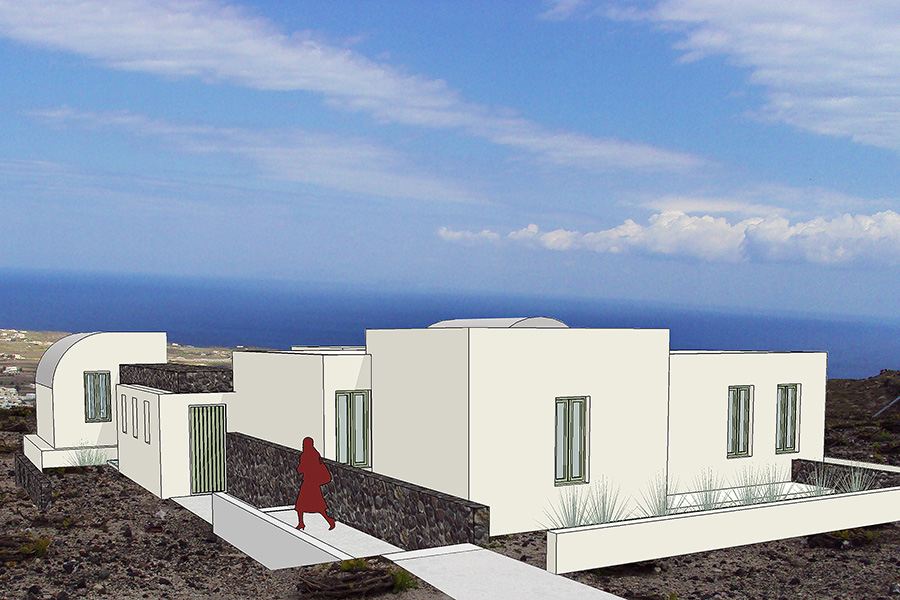 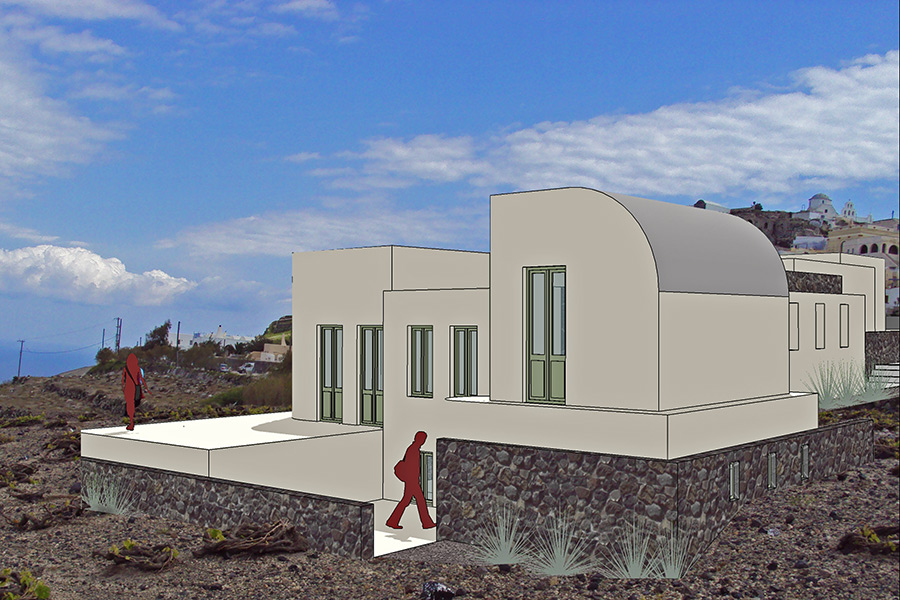 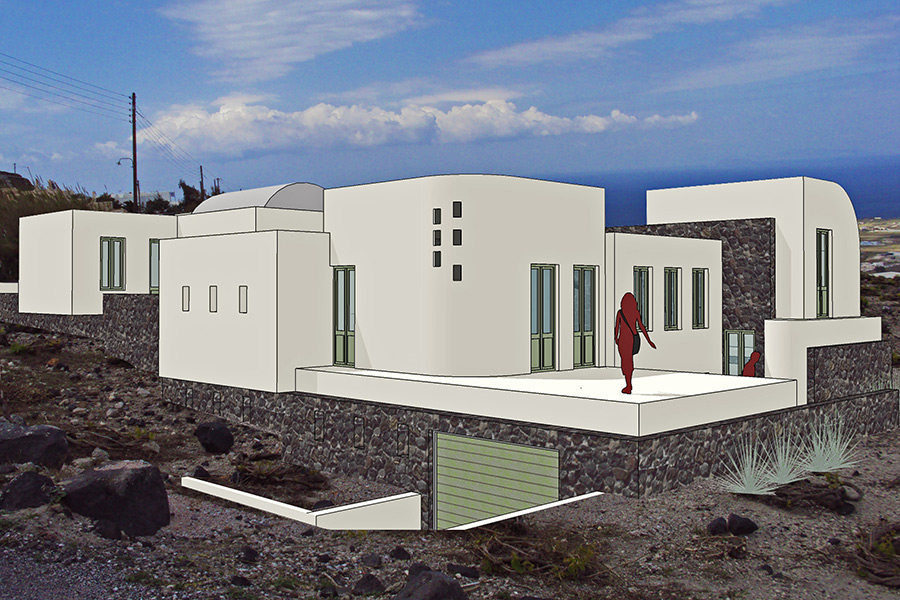 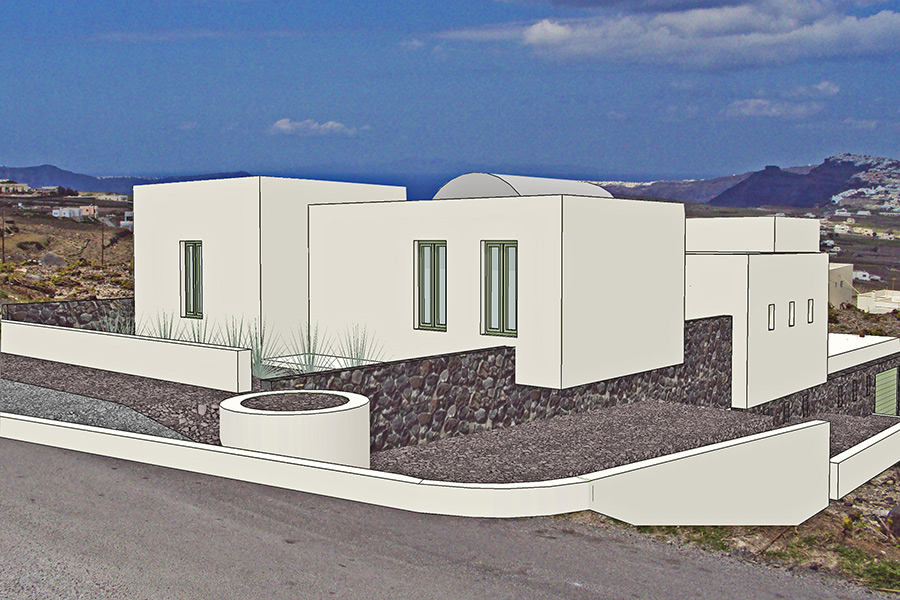 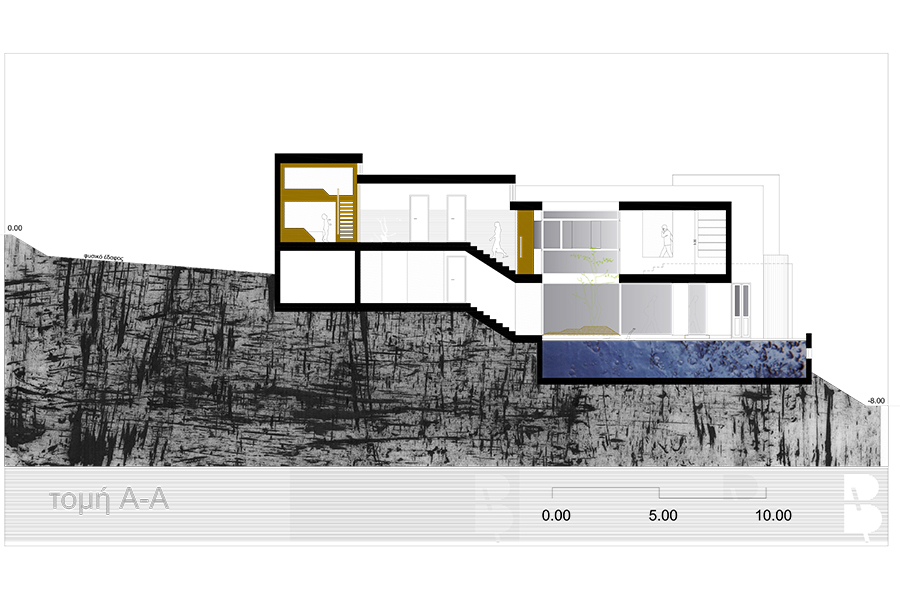 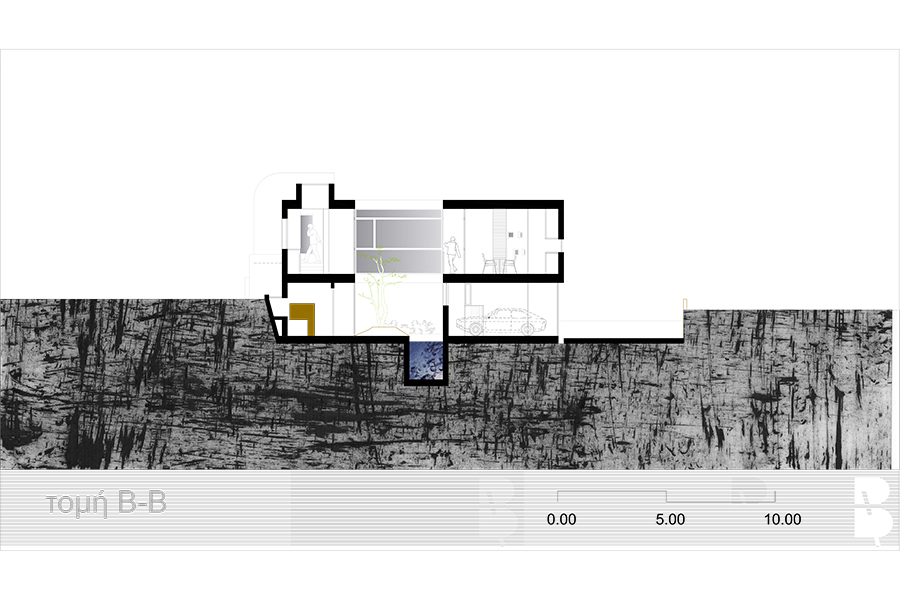 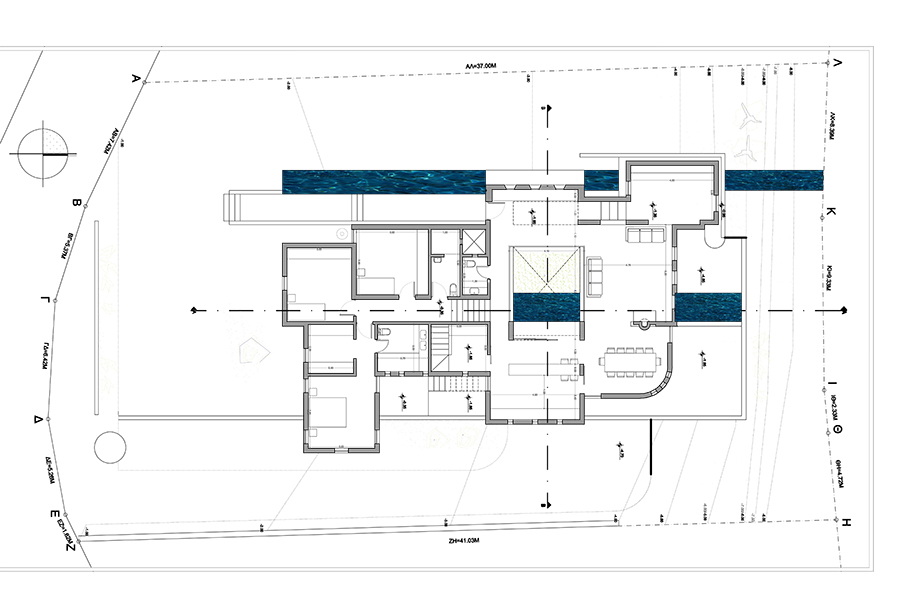 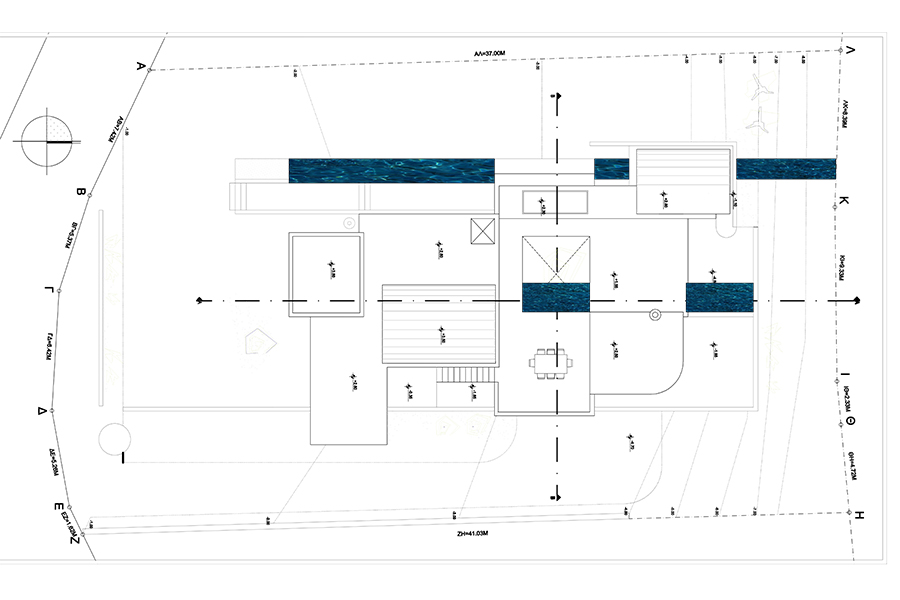 This is about a single family house in an island of the complex of Cyclades.

It consists of three bedrooms which are placed to the North and spacious public seating areas, dining rooms and a study room on the South by the view.

Morphological restrictions but also because of its exposure to high winds, the openings on the outer sides are limited. For this reason the House is organized around a patio which imparts wide-open space and light.

In the basement of the House is placed the cellar and the guesthouse, which is in direct relation to a small sheltered courtyard in the South. Restricted use of stagnant water underlines the otherwise arid Cycladic land and affects the microclimate in the nearby surroundings of the residence.

The morphological identity of the building was found on the limits of the confrontational relationship between traditional Cycladic dome and contemporary architecture. The large scale of the building has been studied not to be perceived by any Visual, so it fits seamlessly into the landscape and in the context of its surrounding.