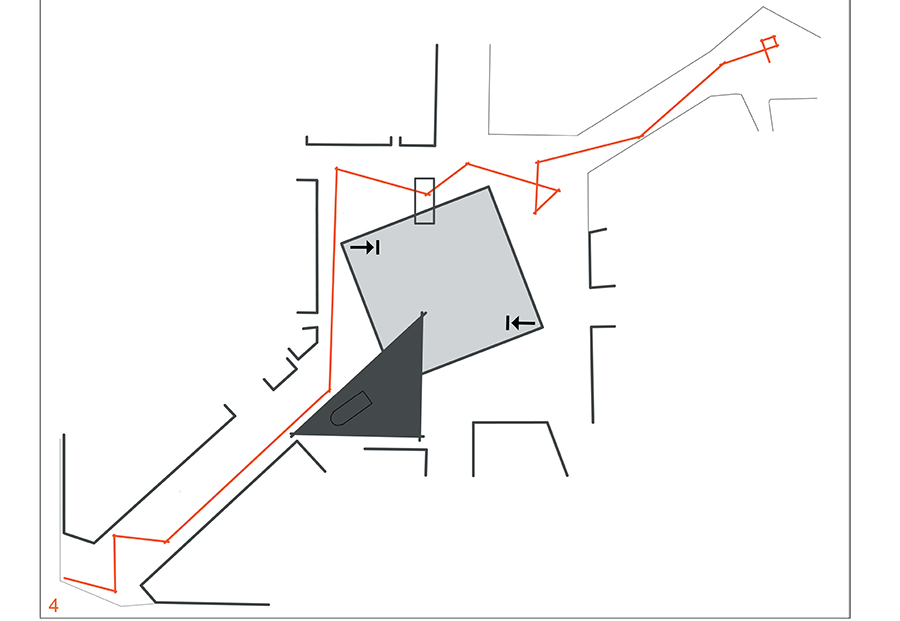 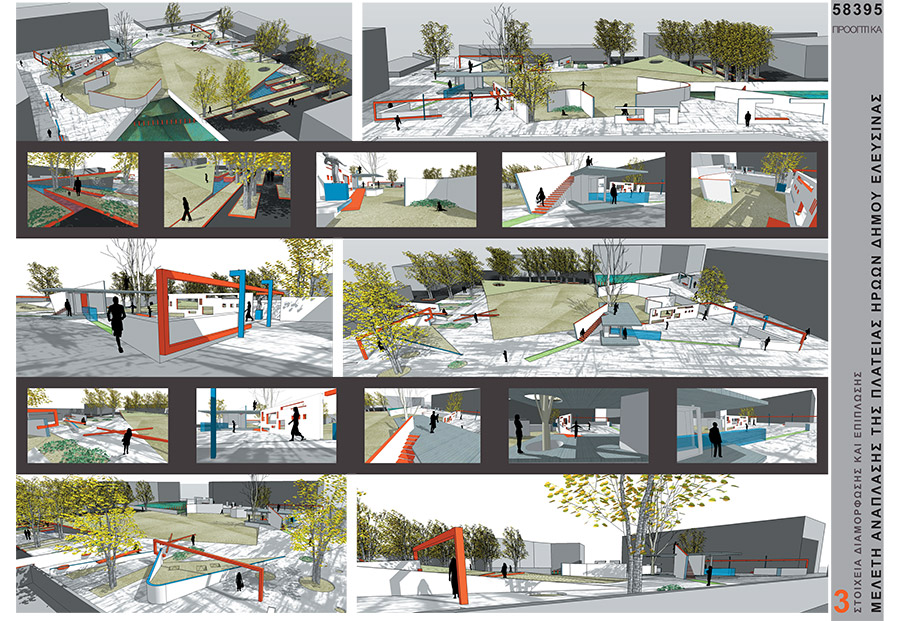 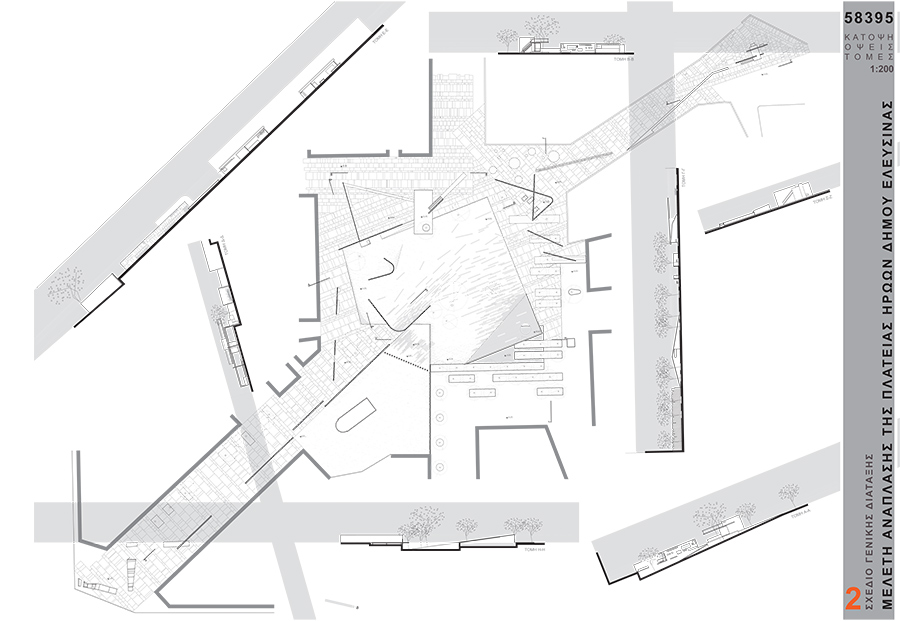 The axis of the real :

The characteristics of the site of the intervention derive from the scaling of two different moments of the city, the simultaneous presence of the Sacred Way with the canvas of the modern city.

The uninterrupted historicity of this arrangement and its systematic inhabitation have contributed to the formation of its identity, which, from fragmentary spaces – fragments resulting from the coexistence of the epic axiality of the Sacred Road with Heroes Square and the localization of the municipality.

However, the end of the Sacred Road is unable to receive its symbolic function, as the widening of the square significantly alters its axiality.

The axis of the imaginary :

The objective of this proposal was to make the construction of the autonomous structural elements of the site.

It was thus attributed to its components by an ideogram: a line-trace on the Sacred Road and a quadrilateral in Heroes Square.

Thus, the spatial relationship was sought which would realize the explicit separation of the two spatial conditions (the axis and the square) without obstructing the osmosis between them. In order to resolve this issue, the third dimension was used: the height.

On the southern side of the square, where the collision between the ingredients is maximized, a modular element is proposed that enriches the use of the existing pavilion: the gazebo.

The point precipitation on the south side causes elevation in the opposite side, resulting in the northeastern corner of the quadrangle defining the square to be lifted.

The line – trace marks its beginning at the beginning of the pedestrianized section of the Sacred Road, where it builds the pedestal of the statue of Aeschylus. At the other end, and before entering the archaeological site, a twist of the trail creates a hut – ticket exchange.

Between these two extreme formations the line-trace organizes urban equipment. The trace line appears continuously and mildly as it approaches the archeological site, while its fragmentation and intense presence as it moves away from it.

The temple of Sant Zacharias and his cloister were taken as an autonomous atmosphere. Thus architectural manipulations that enrich the adjacent conditions were sought. The high enclosure, which maintains an originative relationship with the line – trace, intensifies the atmosphere of the monument.

On the west side of the perimeter is added a plateau – a balcony, a limit that allows the diffusion of the particular atmosphere of the temple into a piece of purely public space.