new five-storey residential building with basement and roof in Piraeus 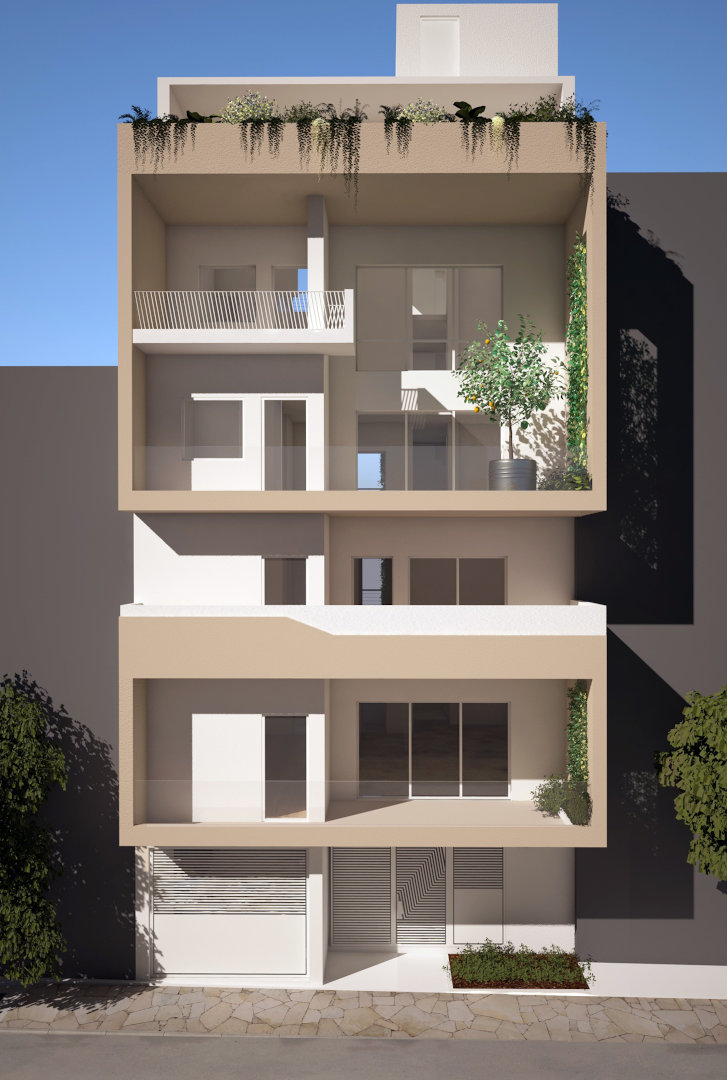 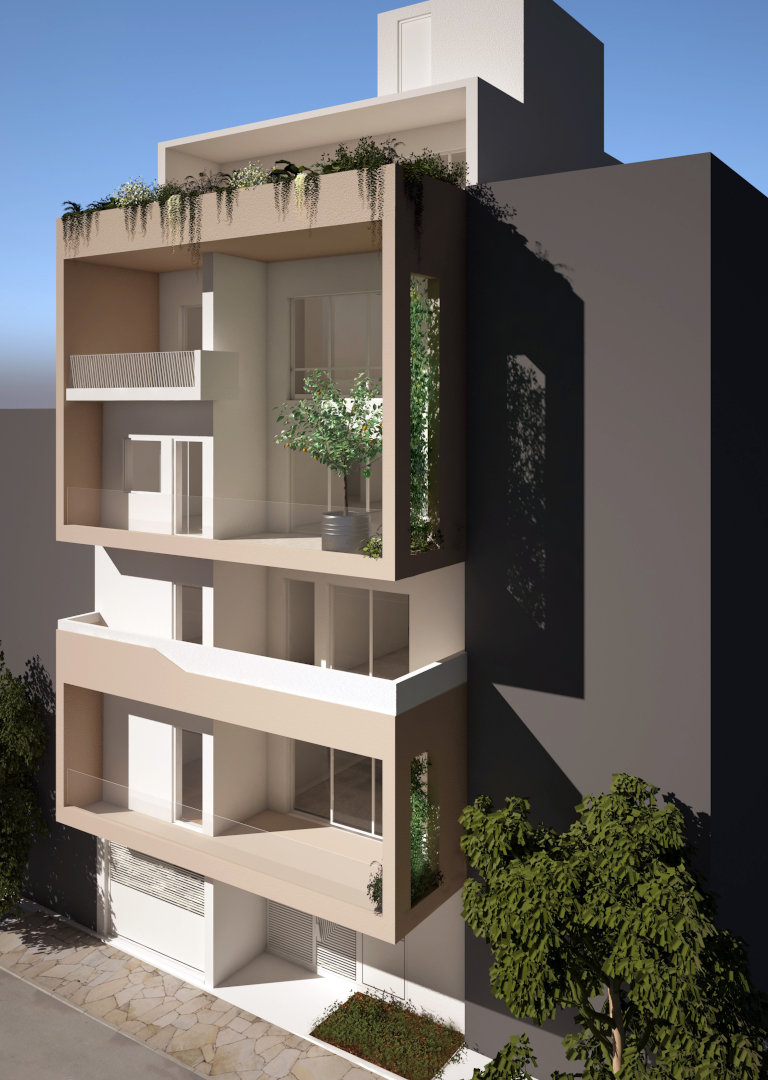 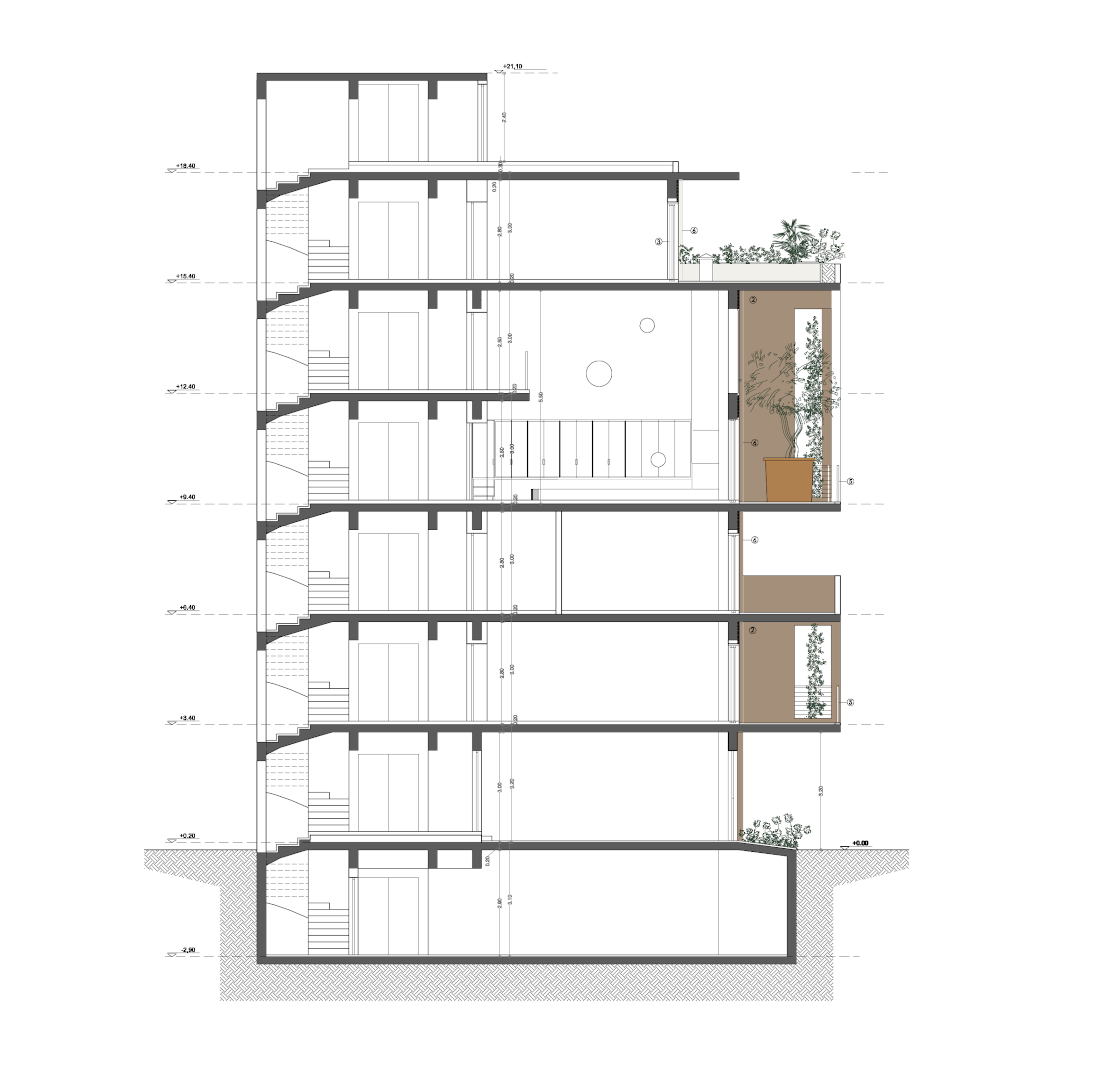 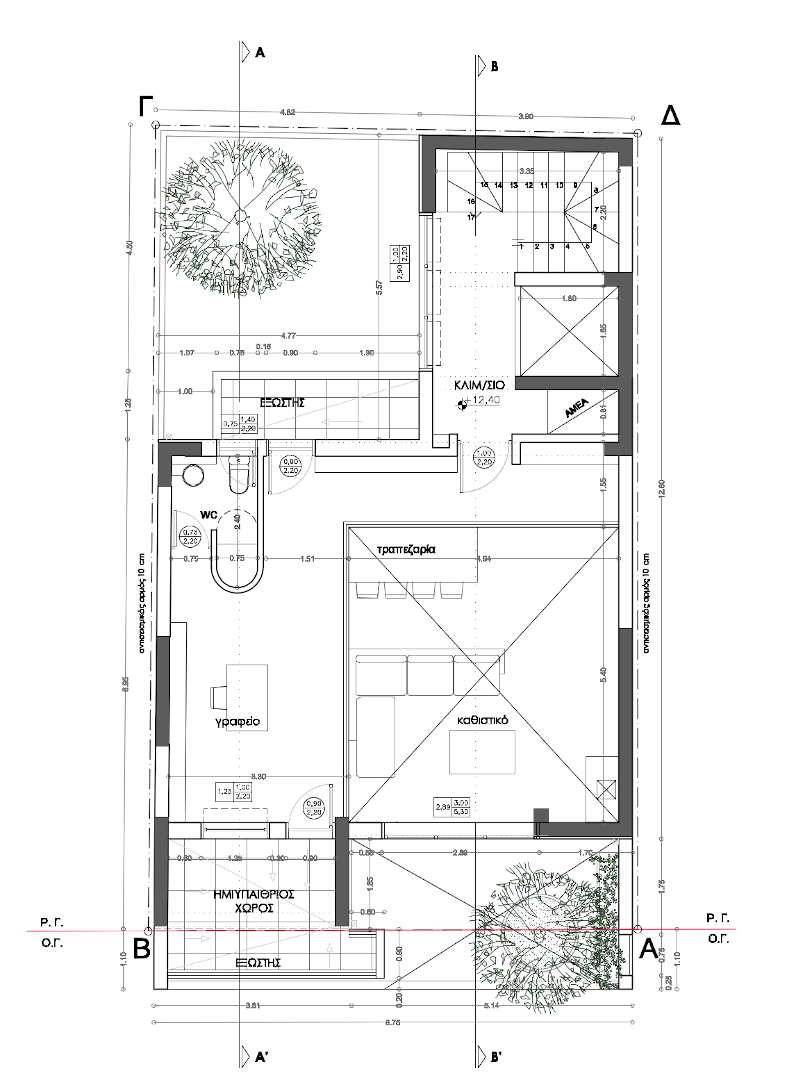 The building, as it is located on the boundaries of a building-street line and neighboring properties, has three free faces to the uncovered area of ​​the plot and to the facade. The structure of the facade is based on and follows the functional organization of the building during which the third and fourth floors are in unity.

Thus, two frames-volumes are formed on the facade with a suitable configuration of the cantilevers, which differ in color from the rest of the building. The morphological goal of this differentiation is the management of the scale of the building, the organization of the projections in smaller sections so that they are closer to the human scale.

The parapet of the cantilevers following the above organization is on the first and third floor made of glass, on the second and fifth it is built while on the fourth floor it is made of aluminum railings.

The colors are earthy with small differences, highlighting the oncology of the building.