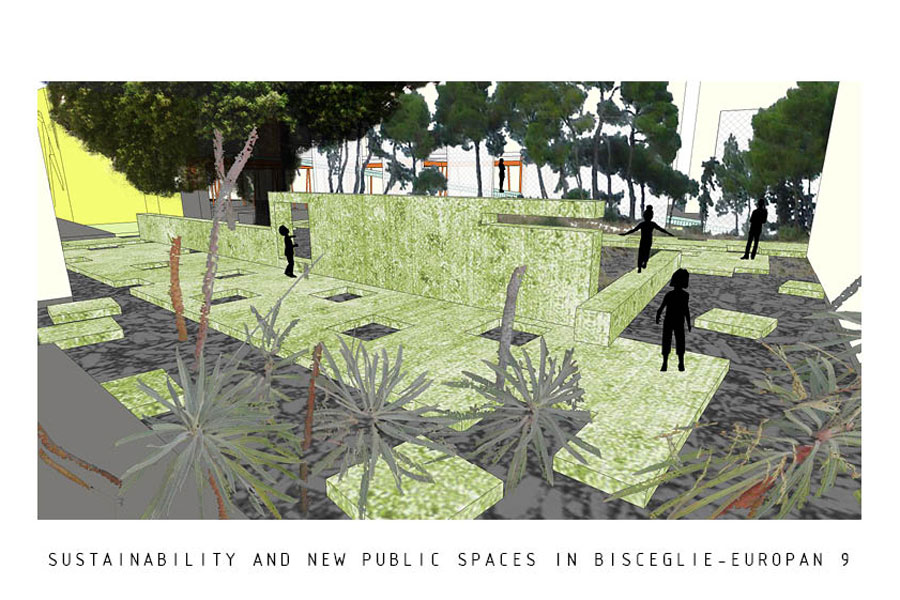 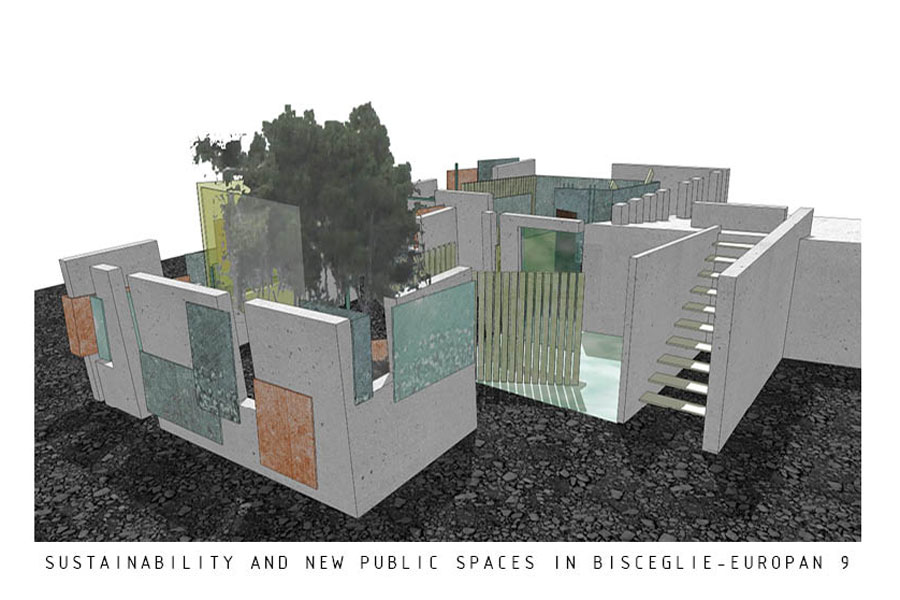 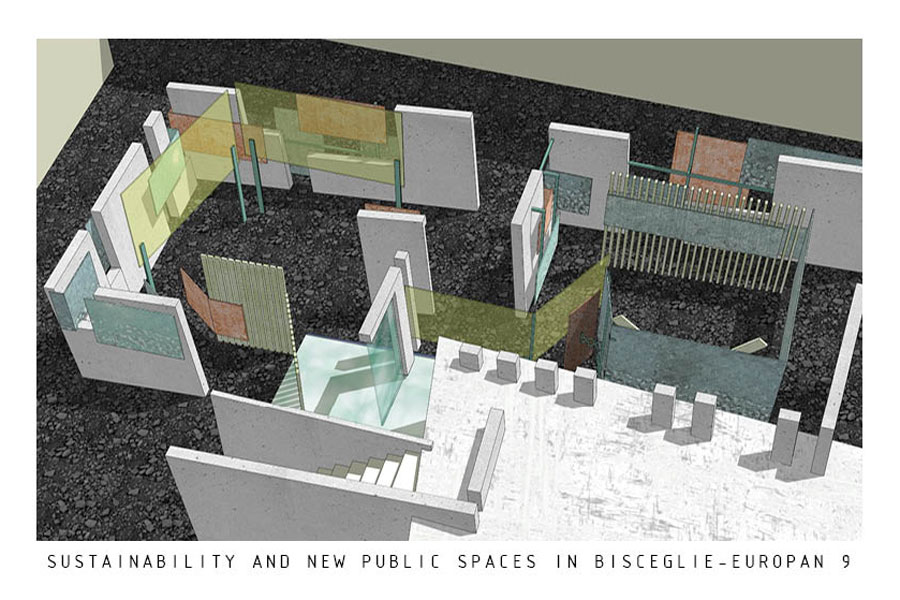 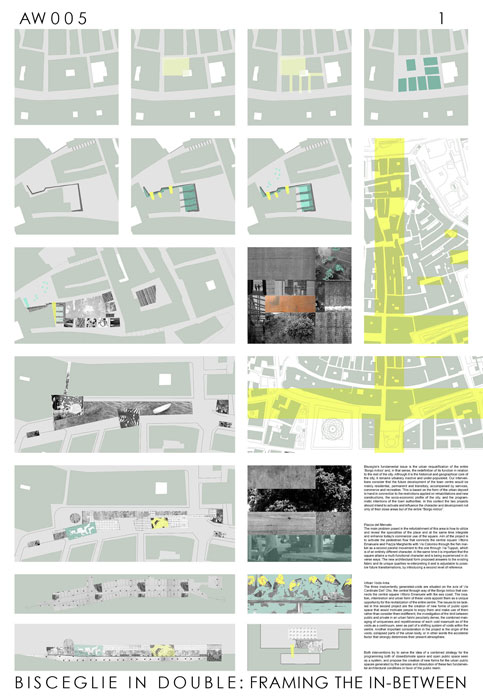 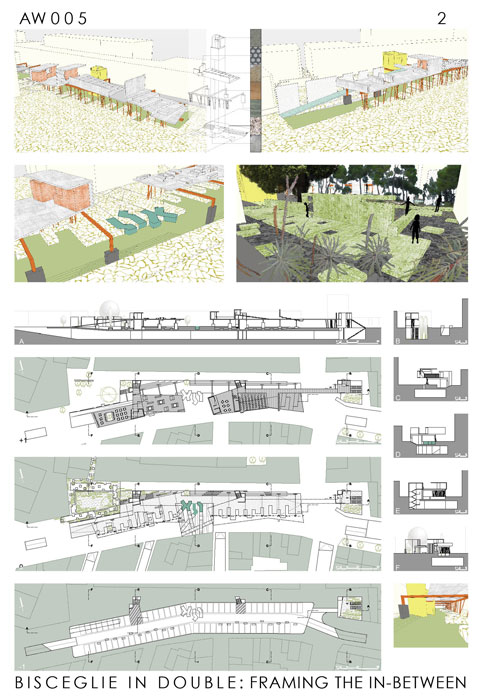 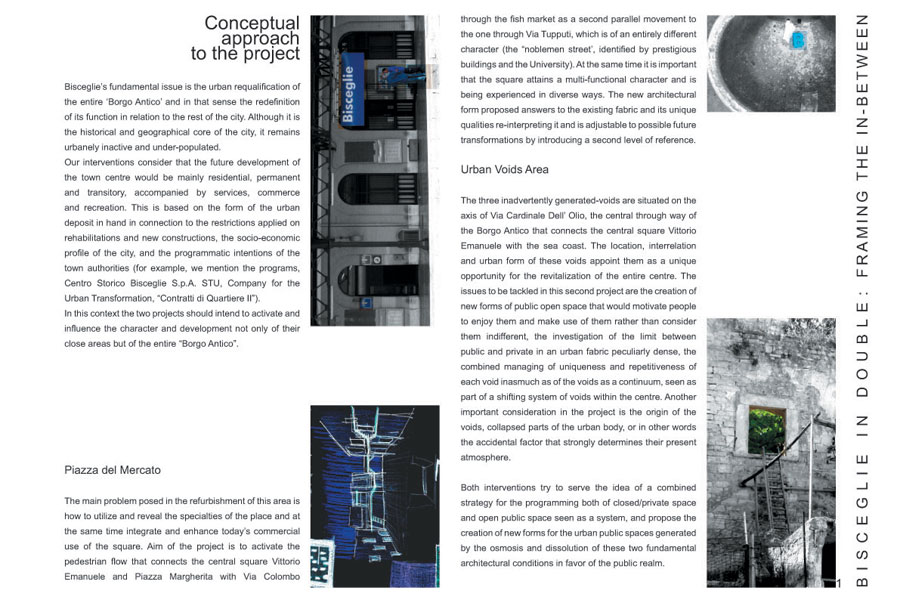 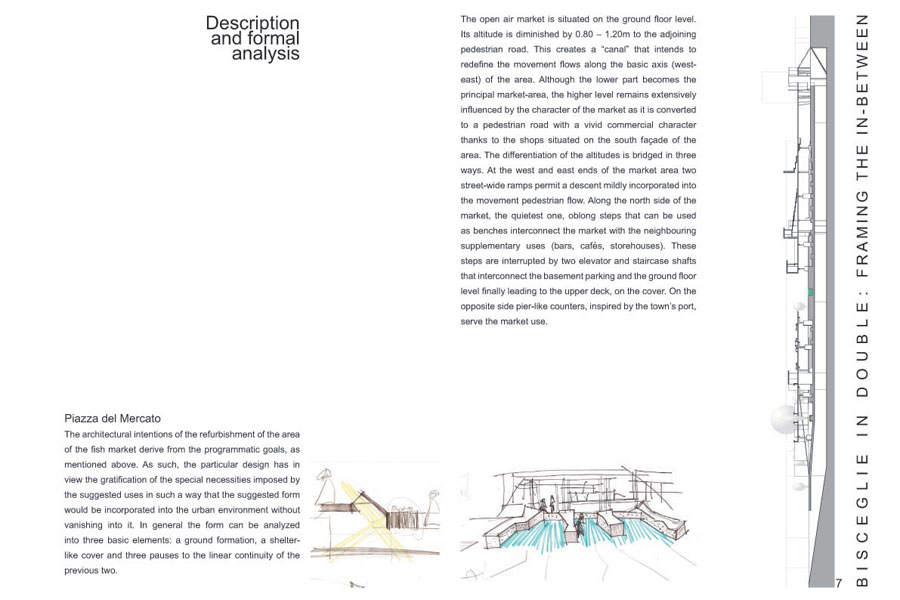 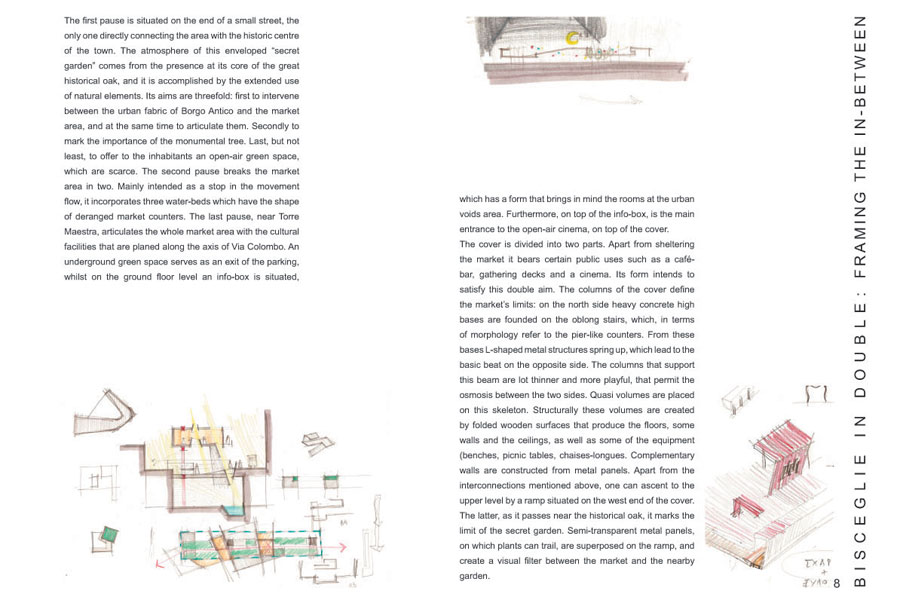 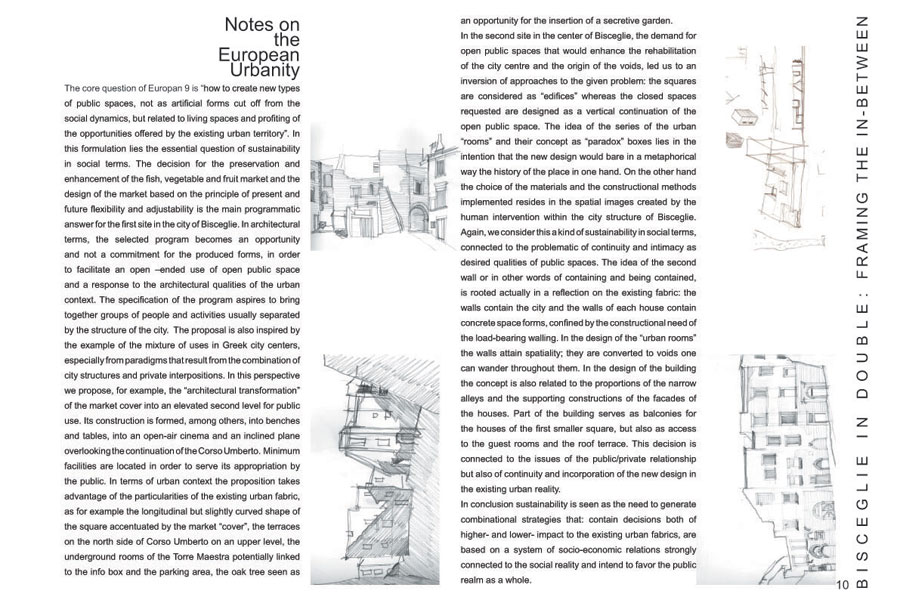 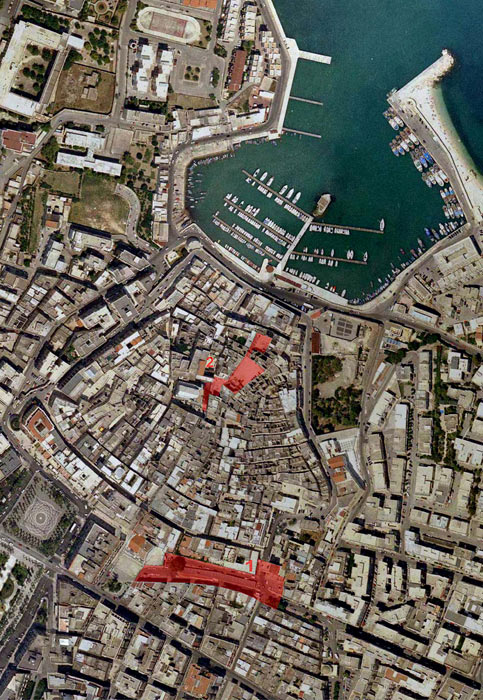 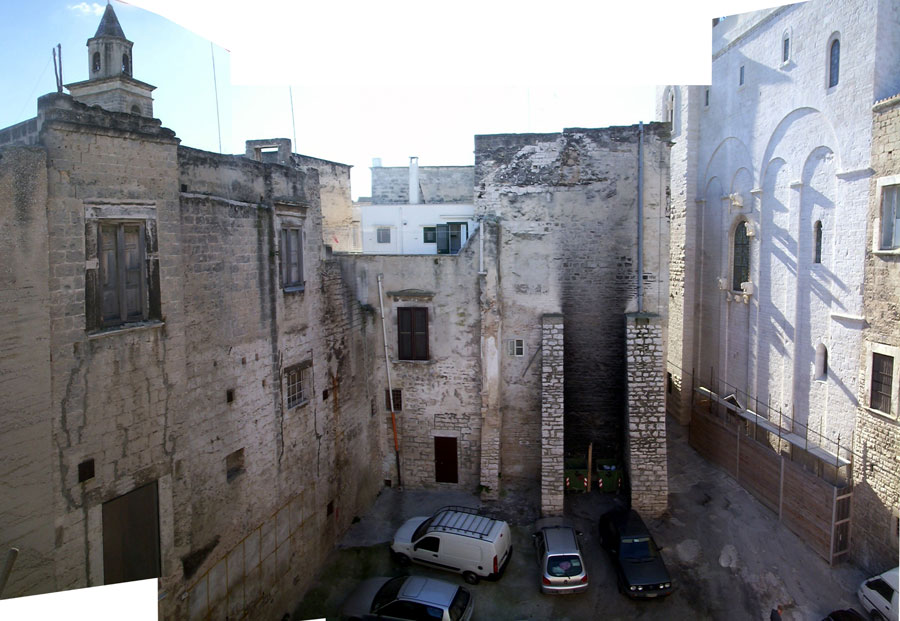 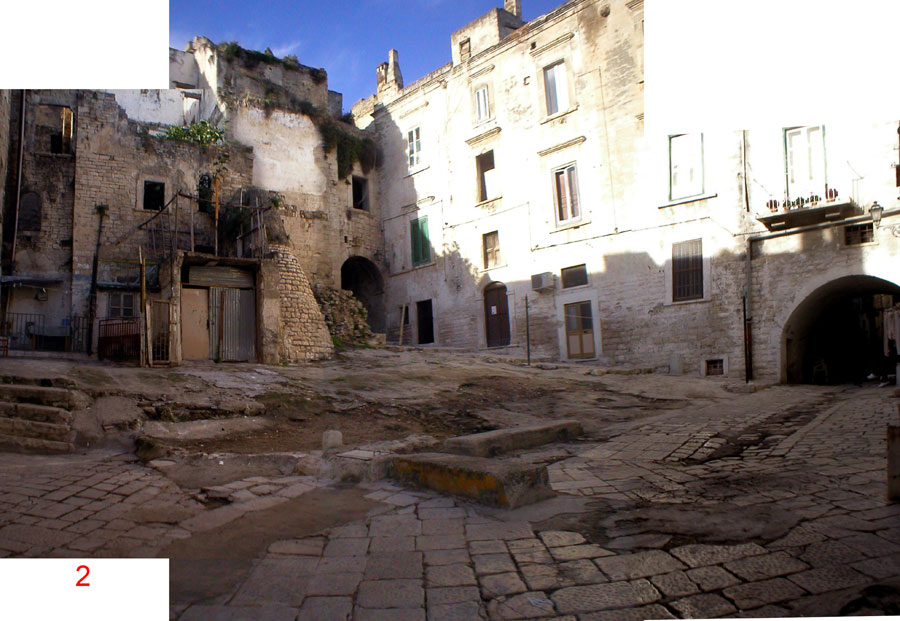 This is a proposal to participate in an European architectural competition for new architecture on themes related to urbanism. Europan9 organization had contracted with 22 countries in collaboration with each of the local authorities.

Biseglie a small town in Italy was selected for its special urban issues.

Bisceglie’s fundamental issue is the urban requalification of the entire ‘Borgo Antico’ and, in that sense, the redefinition of its function in relation to the rest of the city.

Although it is the historical and geographical core of the city, it remains urbanely inactive and under-populated. Our interventions consider that the future development of the town centre would be mainly residential, permanent and transitory, accompanied by services, commerce and recreation.

This is based on the form of the urban deposit in hand in connection to the restrictions applied on rehabilitations and new constructions, the socio-economic profile of the city, and the programmatic intentions of the town authorities.

In this context the two projects, in Piazza del Mercato and the Urban Voids Area (on the axis of Via Cardinale Dell’ Olio, the central through way of the Borgo Antico) should intend to activate and influence the character and development not only of their close areas but of the entire “Borgo Antico”.

Both interventions try to serve the idea of a combined strategy for the programming both of closed/private space and open public space seen as a system, and propose the creation of new forms for the urban public spaces generated by the osmosis and dissolution of these two fundamental architectural conditions in favor of the public realm.