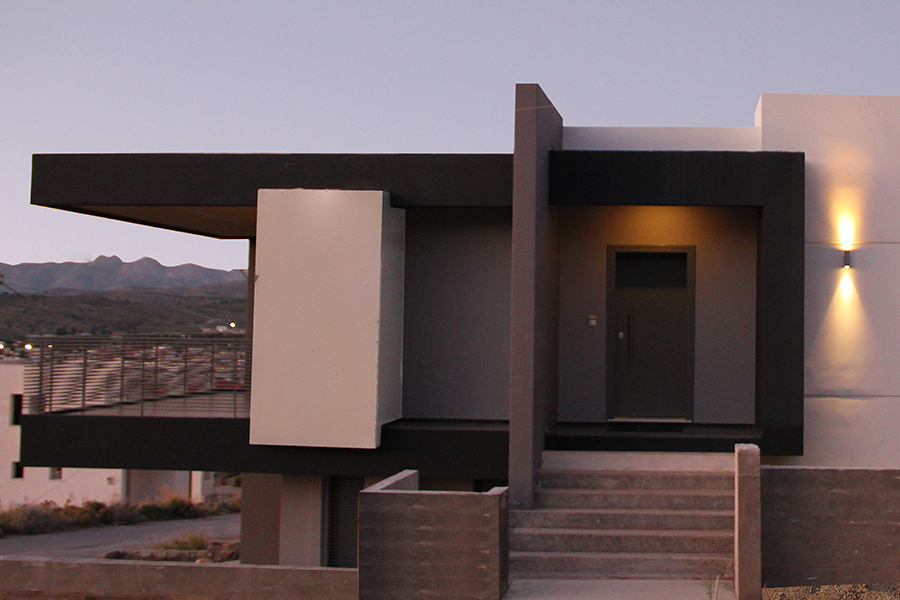 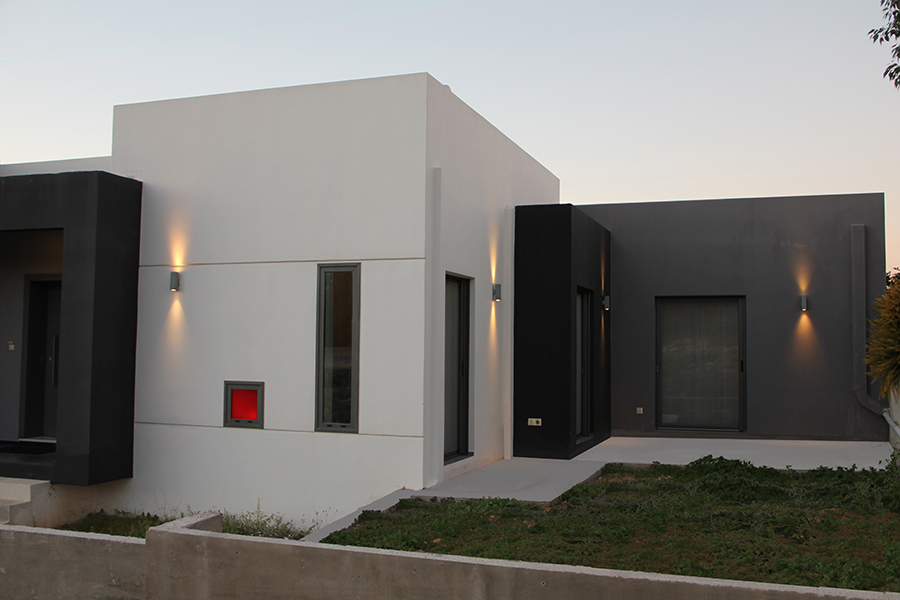 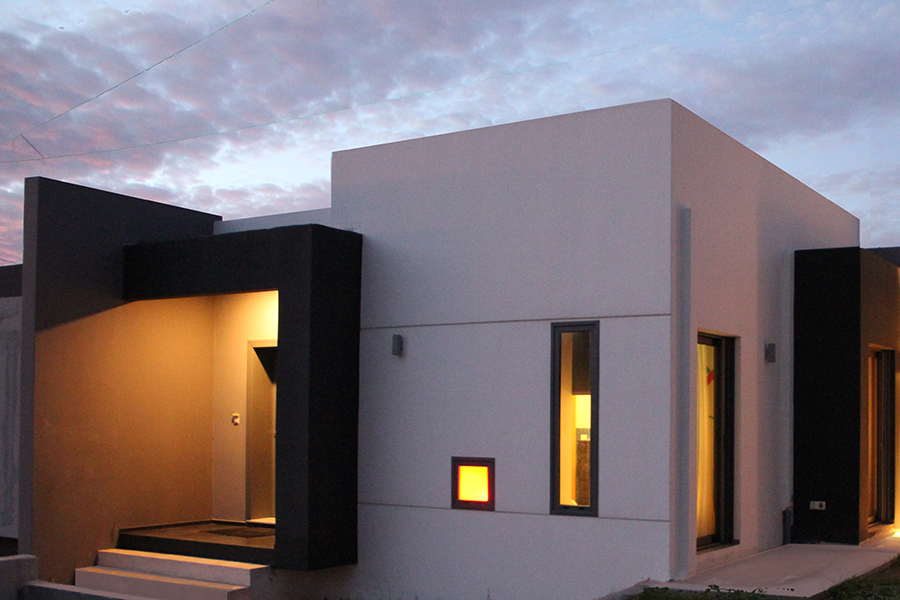 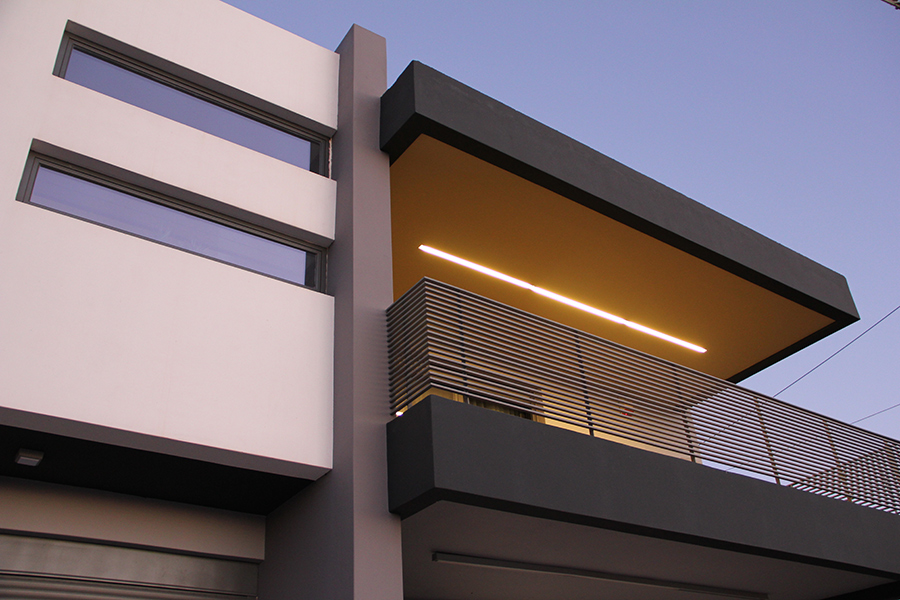 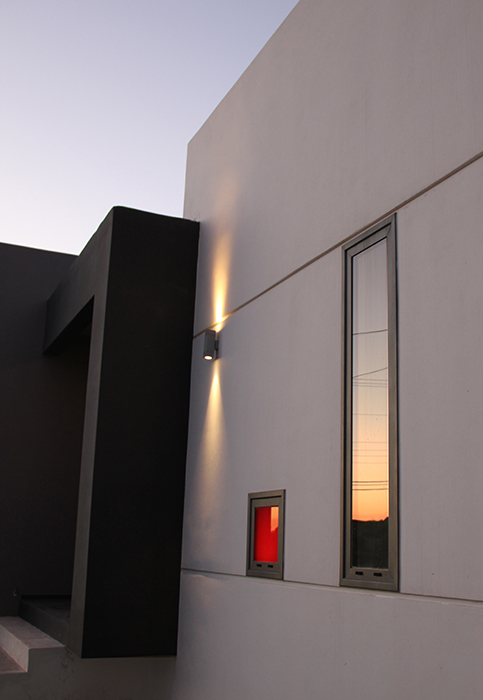 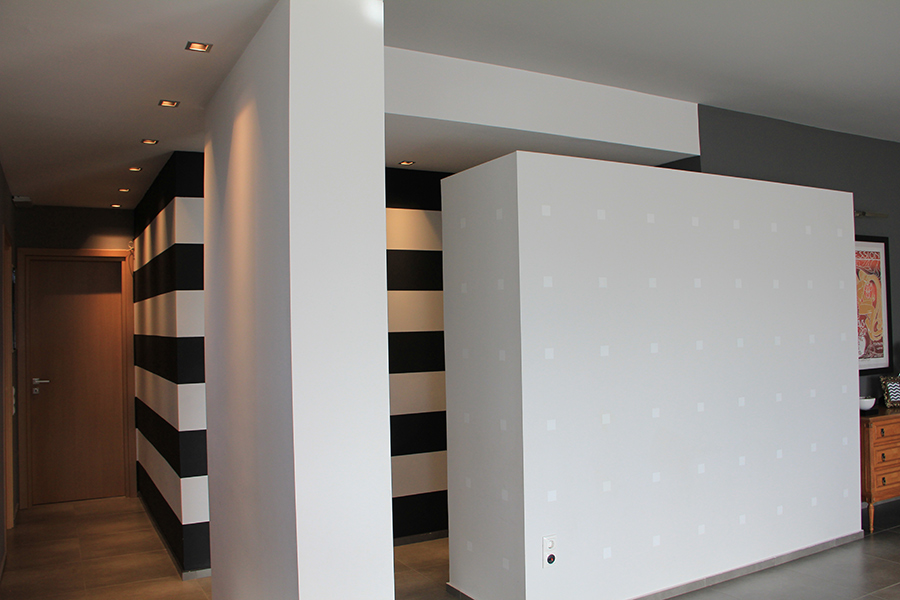 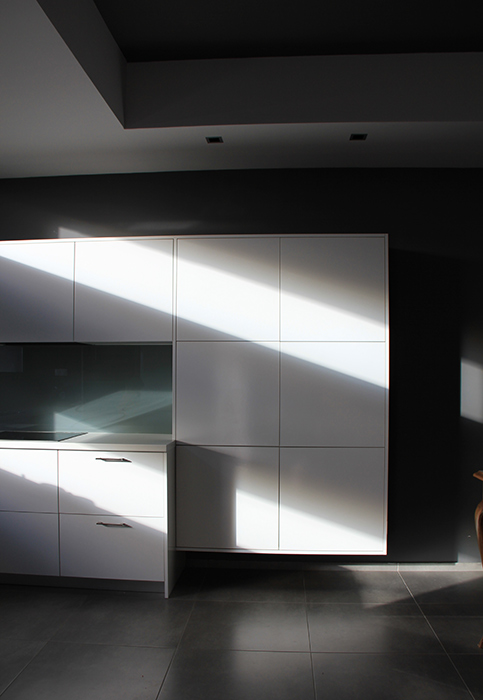 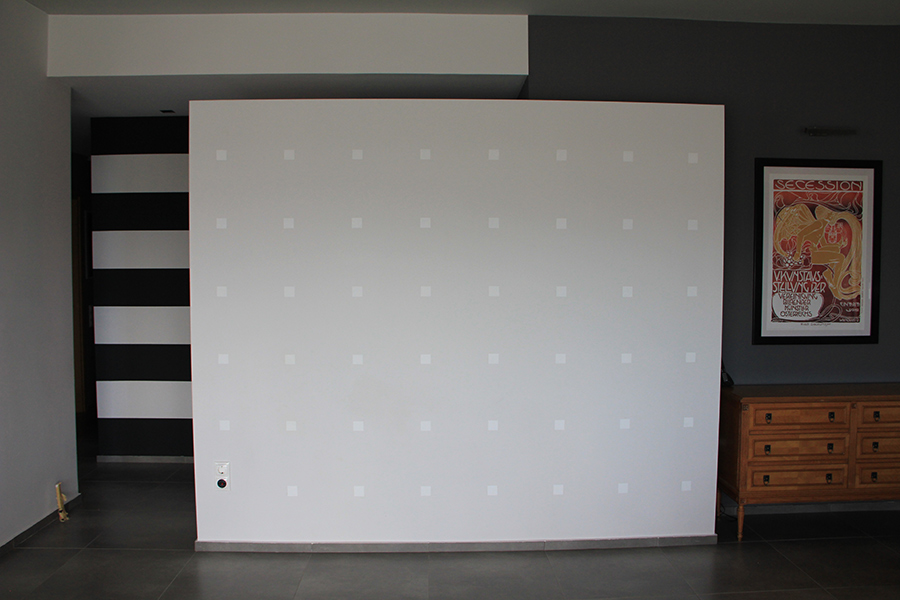 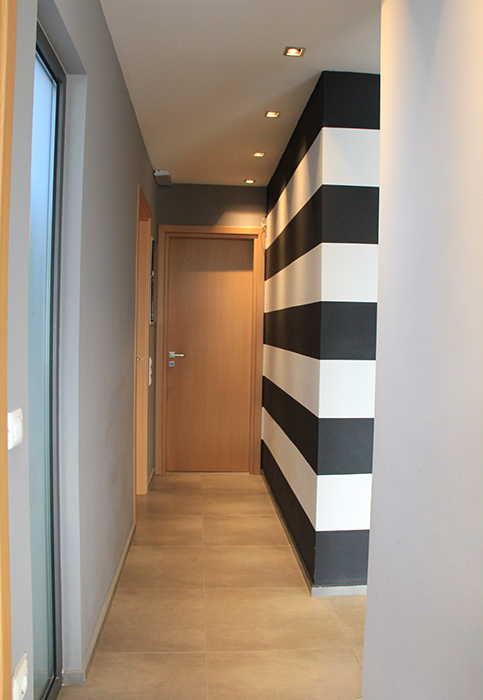 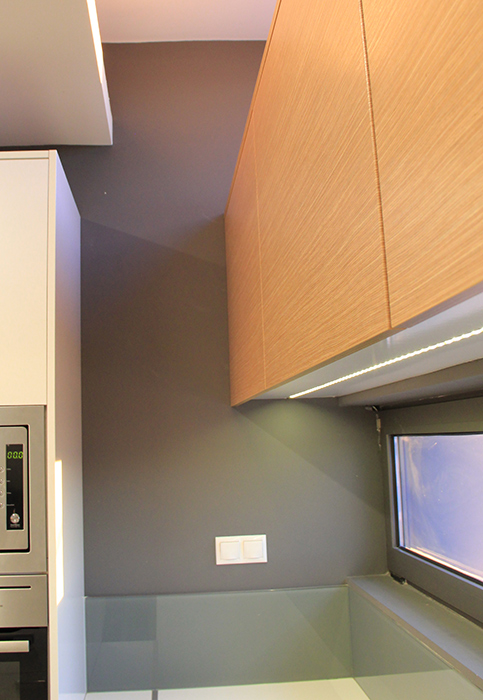 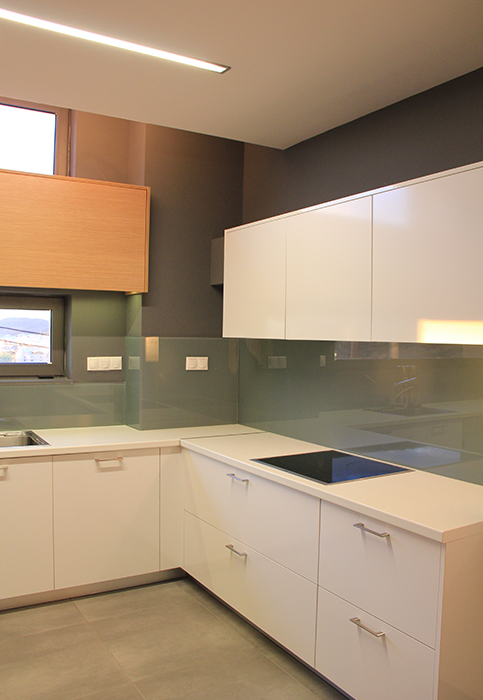 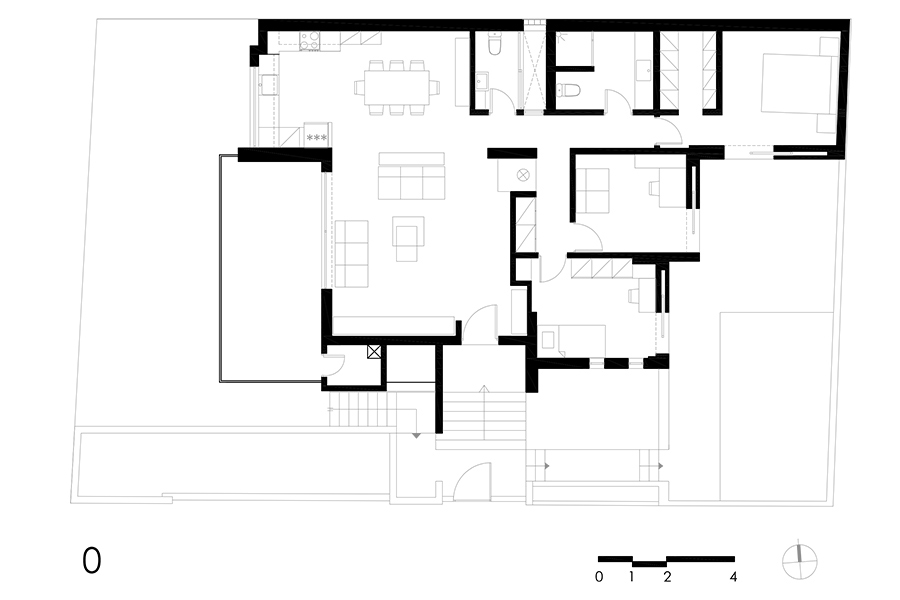 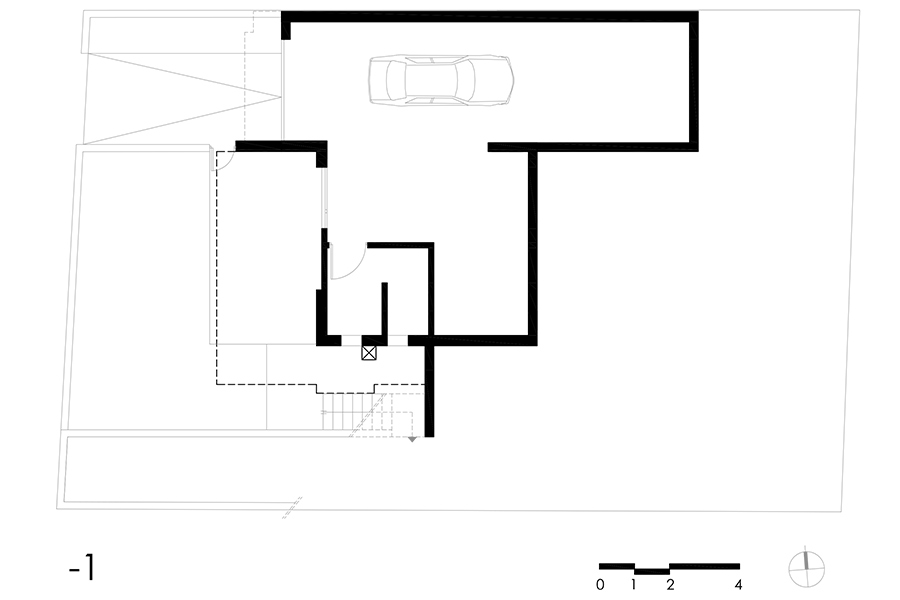 It is a house, the main uses of which, grow on upstairs while the ancillary uses on the basement.

The uninterrupted views towards the Bay of the Island were the main driver to place large protected openings to that side.

In the western part of the building were laid the building’s common areas and on the East the dormitories. An elongated volume on the North articulates with smaller tumors at the junction of two vertical levels, which form a cross floor plan. Even smaller-scale volumes are incorporated into a fold level which forms the terrace.

Finally, the colors and the details in the formation of plastering and openings give the building an unexpected playfulness which accords with the Interior. In terms of interior design the unexpected coexistence of objects is dominant, as the mix and match aesthetics of the owner meets the functionality of the building.

The goal was the formation of a House which is a delightful “pot of life” for the tenants and creates the expectation for an interesting and dynamic correlation with the closest environment.